In a contribution to the regional minority forum in Vienna, the head of language rights at Plataforma per la Llengua, Òscar-Adrià Ibáñez, asks the special rapporteur, Fernand de Varennes, to intervene to protect Catalan-speakers' rights

Plataforma per la Llengua has made a complaint to the Europe-Central Asia Regional Forum on Minority Issues that Spain is trying to do away with language immersion in schools via the courts, ignoring parliamentary procedures and the social consensus. In his contribution at this annual UN forum, the head of language rights at the Catalan NGO, Òscar-Adrià Ibáñez, also warned of the lies and hate speech being promoted to attack those defending schooling in Catalan. He asked the UN's special rapporteur for minorities, Fernand de Varennes, to intervene to protect Catalan-speakers.

Specifically, the organisation is asking the rapporteur to ensure that Spain recognises speakers of native languages other than Castilian Spanish as minorities, combats the hate speech against those minorities and respects the rights of speakers of other native languages to study them and to study in their own language, as well as to decide which model of schooling they want, without interference from states.

In his contribution, Ibáñez explained that language immersion makes it possible for pupils to finish secondary school with complete mastery of Catalan and Spanish, regardless of which of them is their mother tongue. The model also has the support of 82% of Catalans, a percentage that is even higher in the case of young people, where the figure reaches 88%.

The organisation complained that attacks against language immersion have intensified since 2005 and that the attempt by some political parties to alter the education system judicially has culminated now with the confirmation by the Supreme Court of the decision that imposes a minimum of 25% of teaching hours in Spanish in schools.

For Plataforma per la Llengua, this decision goes against articles 7 and 8 of the European Charter for Regional or Minority Languages (ECRML), which Spain itself ratified. They require a system of total language immersion in Catalan. According to the fifth monitoring report on this charter from the Committee of Experts, Spain's ratification of the charter means it cannot impose a percentage of Spanish on all pupils. 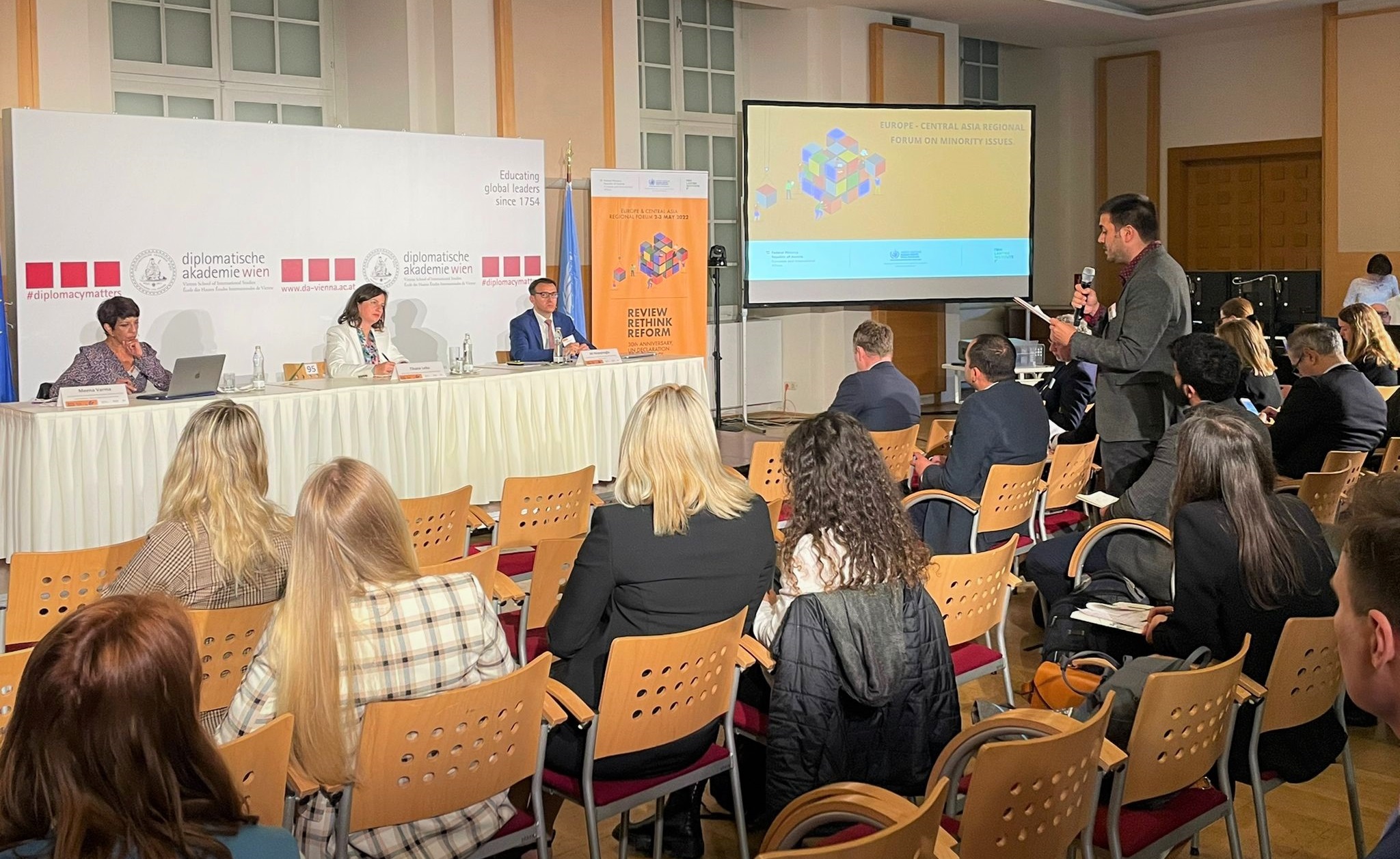 The head of language rights at Plataforma per la Llengua, Òscar-Adrià Ibáñez, went beyond a complaint about the judicial offensives against language immersion to also denounce the fake news and hate speech used by the Spanish state to intimidate and silence those who uphold schooling in Catalan. Ibáñez referred to the false declarations by Pablo Casado, in which he stated that Catalan teachers were instructed not to allow children to go to the toilet if they spoke in Spanish and even claimed they were instructed to put stones in their rucksacks.

The Catalan NGO's contribution at the Europe and Central Asia Regional Forum for Minorities has been complemented by the sending of a longer letter to the rapporteur, Fernand de Varennes. In it, the organisation has also included, as an example of such lies, the contribution of Rosa Estaràs, a Majorcan MEP representing the PP at the European Parliament, in which she stated that only 83 families had challenged immersion in the courts because others feared that they would be persecuted and their children murdered.

Finally, the organisation has also included in the letter a third example of these practices used to combat those defending Catalan in schools, this time using intimidation. This concerned the collective criminal action based on complaints by the political party VOX against many Twitter users who had made clear their dissatisfaction with the judicial decision imposing a minimum of 25% of teaching hours in Spanish in schools.

30 years of the Declaration on the Rights of Persons Belonging to National or Ethnic, Religious and Linguistic Minorities

Plataforma per la Llengua has made this complaint in the context of the Europe-Central Asia Regional Forum on Minority Issues, held this year in Vienna and organised annually by the UN's rapporteur for minorities, Fernand de Varennes. The contributions made at the forum, together with those at the other regional forums and the Global Forum for Minorities, are used by the rapporteur to draw up a report which is then presented to the United Nations Council for Human Rights.

This year's Europe and Central Asia Forum for Minorities is being held on the 30th anniversary of the Declaration on the Rights of Persons Belonging to National or Ethnic, Religious and Linguistic Minorities, adopted by the General Assembly of the United Nations on 18 December 1992.