The exhibition displays data on the vitality of the language and denounces the situation of marginalisation it is suffering from Spanish, French, Italian and European institutions

First opened in 2019 at the European Parliament, the exhibition has already travelled to cities including Lisbon, Cambridge and Bucharest

There are more than 160 universities in the world teaching Catalan. Catalan public television is the audience leader. And three-quarters of northern Catalans, living in France, would like Catalan to be a language used in schools. This is just some of the data revealed by the Plataforma per la Llengua exhibition "The Catalan Language, 10 Million European Voices", which is now coming to the Croatian capital, Zagreb.

The exhibition, which first opened in 2019 at the European Parliament in Brussels after an awkward start due to attempted censorship by that institution, arrives in the Croatian capital via the delegation of the Government of Catalonia in the south-east of Europe, in cooperation with Plataforma per la Llengua.

Plataforma per la Llengua takes part in the official opening

The Ogrizovic Library in Zagreb is hosting the exhibition, which has contents translated into Croatian and updated, between 12 September and 3 October. At the opening ceremony, which took place on Wednesday, a round table discussed the state of health of the Catalan language, the work of the Plataforma per la Llengua to protect the language and the relationship between Catalan and Croatia. The president of Plataforma per la Llengua, Òscar Escuder; the Catalan Government delegate in south-eastern Europe, Eric Hauck, and the journalist Boris Orešić, took part in the conversation. The event also served to celebrate the recent National Day of Catalonia. 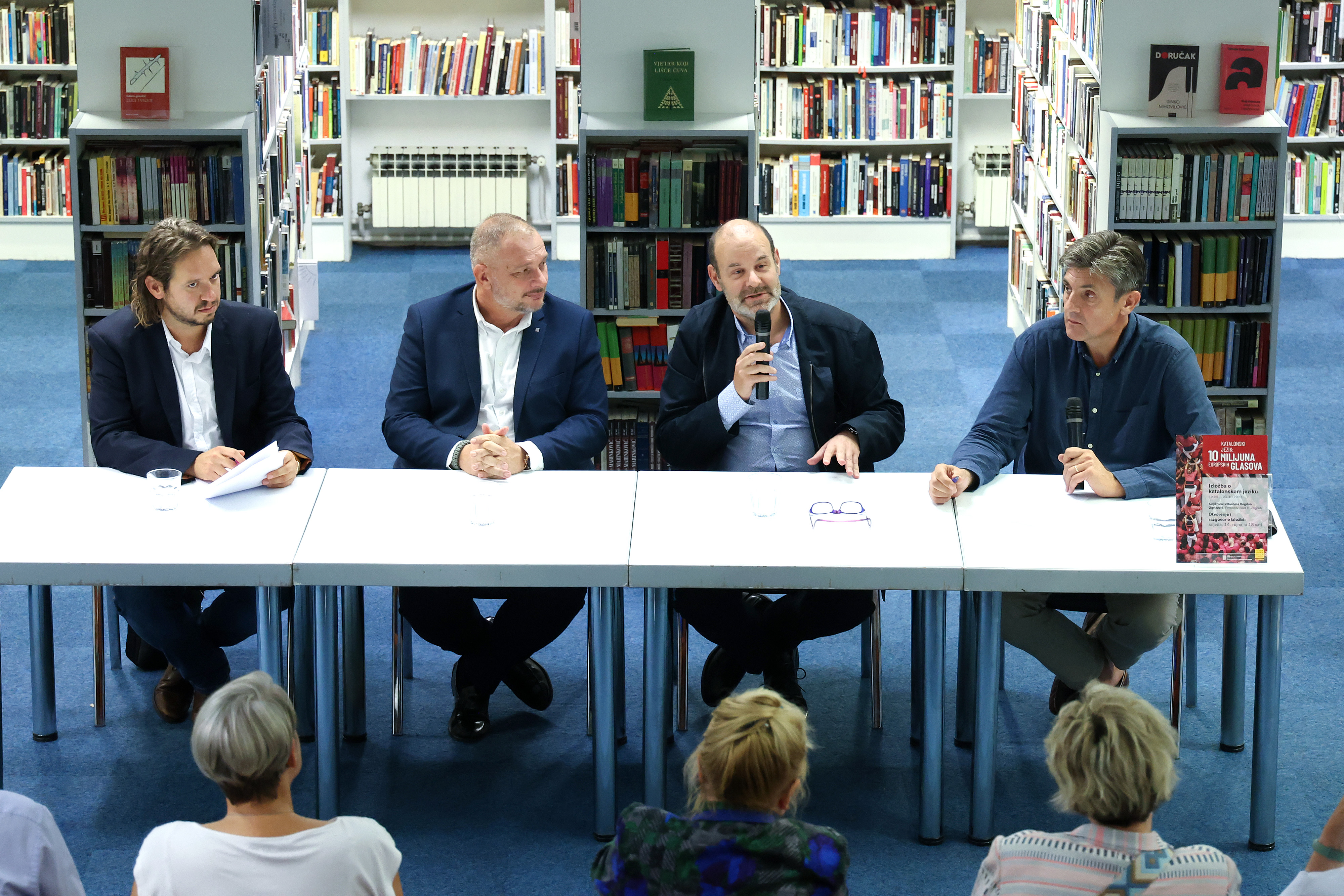 The exhibition denounces the marginalisation of the Catalan language

"The Catalan Language, 10 Million European Voices" displays infographic data on the vitality of the language in all social areas where it plays a key role: culture and the media, education, the workplace, technology and so on. It also denounces the situation of minoritisation inflicted on Catalan by Spanish, French, Italian and European institutions. It calls for Catalan to be given official status in the European Union and sets out the reasons why this is essential, given that it is not a minority language. In fact, it is the 13th most spoken language in Europe, with more than 10 million speakers from four European states.

The exhibition, which has already toured cities such as Cambridge, Bucharest, Lisbon and Ljubljana, can be found online on the Plataforma per la Llengua website in English, French and German.