What are the consequences of Catalan not being an official European Union language?

Our language is an exception in the European Union. While there is no other language with Catalan's dimensions, vitality, economic and demographic weight, power of attraction and legal and symbolic representativeness that is not fully official in Europe, the political will of the successive Spanish governments has led Catalan to continue to be discriminated against in our time. This leads to serious negative consequences which unfortunately we are sometimes unaware of:

a) Translation can only be provided if the Council's Translation Service thinks it is possible. Therefore, translation is never guaranteed.

b) At the sessions of the Council of the European Union, Spain is represented by its respective ministers depending on the formation (Ministry of Economy, Ministry of Foreign Affairs, etc.). In view of the Spanish government's language sensitivity, it is not difficult to imagine just how dysfunctional the agreement is.

c) Spain sometimes allows an autonomous minister (who represents all the other autonomous communities) to participate jointly with the Minister at the Council of Agriculture, although when the Catalan speaker's turn comes, problems have casually cropped up (see this new item). 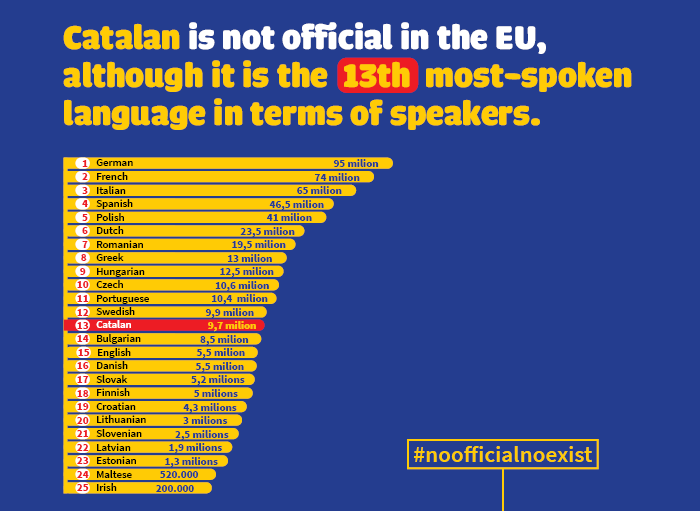 For this reason, the Pro-Language Platform believes that the only possible solution for putting an end to this situation is the creation of a state of our own that affords Catalan the legal and judicial importance it deserves.